Small parking area in the field adjoining the marsh

Path around the Coppice is uneven and steep in places. A new boardwalk provides access to the Marsh, although there is a slight incline to the car park.

Please be aware that the path may be uneven due to the activity of burrowing animals.

There is also a pedestrian kissing gate into the woods (Coppice)

Path around the Coppice is uneven and steep in places. A new boardwalk provides access to the Marsh, although there is a slight incline to the car park.

There is also a pedestrian kissing gate into the woods (Coppice)

Please be aware that the path may be uneven due to the activity of burrowing animals.

April to May, July to September

A link to local history

The origin of the marsh is closely linked with the two mills - Walk Mill downstream and Offleybrook Mill upstream. A dam at Walk Mill raised water levels on the marsh as early as 1250. Despite these raised water levels the fields were managed as water meadows and cut for hay until the 1950’s. When Walk Mill fell into disuse in the 1970’s the river and mill pool soon became silted up. The Trust has been involved with the management of Jackson’s since the mid 1970’s and recently joined forces with the landowner and Sugnall Estate to restore Walk Mill Pool.

Jackson’s Coppice is best known for its dense carpet of bluebells in spring and the presence of a huge badger sett - one of the largest in the county. The underlying sandy soils provide easy digging for the badgers and the bluebell bulbs provide a ready food source on their doorstep!

The abundance of bluebells indicate the long establishment of woodland at Jackson’s Coppice, although many of the species which are present were probably planted at the end of the 19th century. The original oaks, rowans and hazel were supplemented by more unusual species such as sweet chestnut, beech and hornbeam. Test your tree identification and see if you can spot the bird cherry trees on the roadside verge. This tree is uncommon in Staffordshire and at its southern-most range in Britain.

The coppice has a particularly good range of woodland birds. Look out for nuthatch, treecreeper, greater spotted woodpecker, long tailed tit and marsh tit. In summer, pied flycatchers join the influx of warblers to breed in the woods.

The entrance to the boardwalk takes you into Staffordshire's answer to the Everglades – a magnificent wet woodland of alder (known as Carr) with its own distinct flora and fauna. The River Sow enters the reserve further upstream and splits into a delta of narrow channels, making access very difficult, but providing fantastic wetland habitat. Pause for a while on the bridge over the stream and on a sunny summer’s day you’ll be rewarded with the sight of numerous dragonflies and damselflies.

Look out for the change in plants as you leave the alder woodland at the furthest point on the boardwalk. The distinctive greater tussock sedge takes over in many areas, with wetland plants such as meadowsweet, valerian, ragged robin and yellow flag iris growing between the tussocks. Other unusual plants, southern marsh orchids and bogbean, are not easily seen from the boardwalk.

Some trees good, some trees not so good  – keeping a balance

As its name suggests some of the woodland areas would have been coppiced in the past - cutting back trees to harvest a range of timber products and then letting the coppiced stumps regrow for future harvesting. You can still see the evidence from coppice management where more than one tree trunk grows from the base of the same tree.

The more diverse the woodland, both in terms of species present and height, the wider range of plants and animals can be supported. Dead wood, both standing and fallen, is also beneficial to a wide range of insects and fungi.

This nature reserve is part of the Staffordshire Rivers Living Landscape

'Living Landscapes' is The Wildlife Trusts innovative approach to nature conservation, and involves focusing our efforts on improving the wider landscape to make it better for wildlife.

This nature reserve is leased from the Sugnall Estate 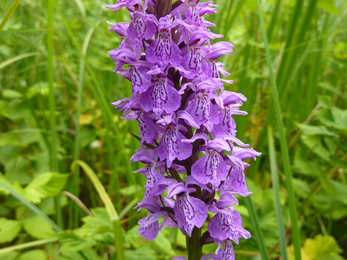 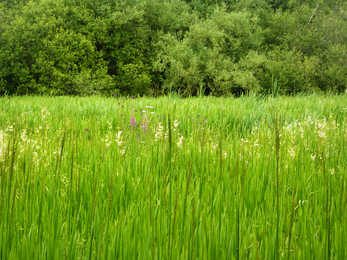 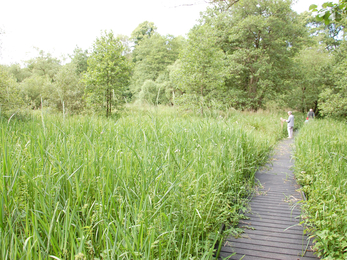 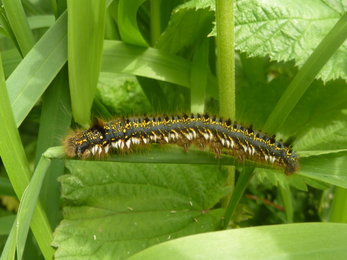 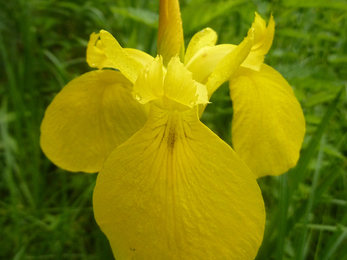 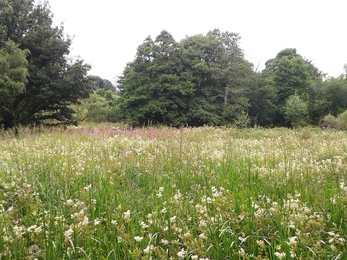