8 main car parks over the Common

A network of paths crossing the woodland and heathland which can be muddy or uneven in places. Public conveniences are open when the wardens are on site and are located at the Cory Community Centre.

A network of paths crossing the woodland and heathland which can be muddy or uneven in places.

Reserve open at all times

We try to open the toilets 9am - 4:30pm on Monday to Saturday, although times may vary occasionally

Walk along any of the sandy paths on Highgate Common and you can not fail to notice countless small holes. These holes are made by ground nesting solitary bees & wasps. Highgate Common is one of the best places in the country to spot these fascinating insects, but please don't be scared, over time their stings have become so small that you would be very unlucky to be stung.

It has been estimated that 140 different types of solitary bee & wasp live on the Common. Some of the bees & wasps living on Highgate are extremely rare in the UK, and Highgate Common has been made a Site of Special Scientific Interest because of these rare creatures.

Highgate Common is a small remnant of an ancient lowland heath which used to stretch for over 15 miles. Lowland heath is a fantastic habitat for wildlife, however since the 1800's the UK has lost 80% of its open heathland and it is now rarer than rainforest. However, the UK is still responsible for safeguarding almost a fifth of the world's remaining heathland. On Highgate Common, we are carefully restoring the heathland by encouraging heather to regenerate and controlling the spread of birch and bracken.

It’s not just the solitary bees and wasps that love living on Highgate, the Common is also home to over 5,000 different types of insect including dazzling heathland dragonflies which dart around our pools, rare glow worms, countless beautiful butterflies such as the Purple Hairstreak and White Admiral, and many fantastic beetles such as the rare Oil Beetle, Green Tiger Beetle and wonderful Bloody-nosed Beetle.

Families can now discover the fascinating creepy crawlies that live right here on Highgate Common thanks to the new Miniature Monsters Trail! Follow the Oil Beetle or Mining Bee Trails made up of 10 interpretation boards and be introduced to some of the amazing characters that live on the reserve. From the black mining bee, to the bog bush cricket, there's literally thousands of insects to discover! Read to start exploring? Click here.

If insects just aren’t your thing, don’t worry! Highgate Common’s heathland is also home to Grass Snakes, Common Lizards and Slow Worms! The heathland is also visited by some wonderful birds including Cuckoo, Yellow Hammer, Tree Pipit, Skylark and Green Woodpecker. It is well worth a visit in the springtime to experience the birdsong echoing over the Common.

'Living Landscapes' is The Wildlife Trusts innovative approach to nature conservation, and involves focusing our efforts on improving the wider landscape to make it better for wildlife.  Find out more here 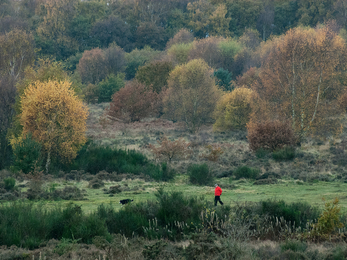 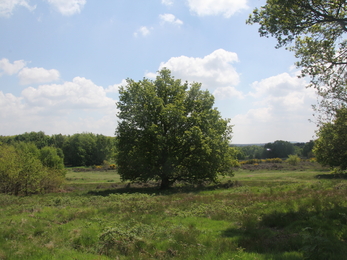 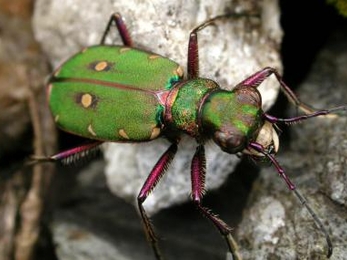 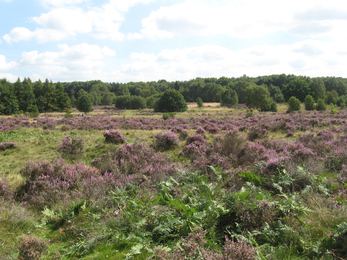 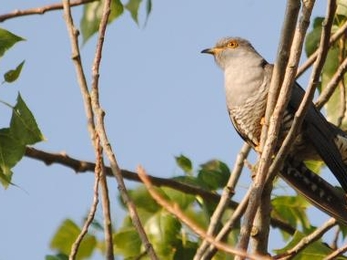