Small parking area next to the reserve

Most of the reserve is flat, although there is a steep incline to the meadow area.

The kissing gate is wide enough for wheelchairs but not for scooters.

The terrain is firm and rises slightly onto the main part of the reserve.

The kissing gate is wide enough for wheelchairs but not for scooters.

The terrain is firm and rises slightly onto the main part of the reserve.

A first for Staffordshire!

Brown End Quarry became the County’s first geological nature reserve when it was acquired by the Trust in 1987.  Brown End was quarried for limestone from the mid 18th Century until 1950, when its inclusion within the Peak National Park restricted further development. Quarrying finally ceased in the mid 1960's. For much of this period the stone was dug by hand and typical production in the late 1940's was about 5,000 tonnes a year – not much by today’s modern quarrying methods!

Millions of years in the making

The dramatic vertical exposures you can see at Brown End Quarry were once part of the sea floor – imagine this whole area beneath a warm tropical sea! The rocks you see today were laid down 350 million years ago during the Carboniferous period. Sediments and dead sea creatures were deposited here where they reached areas of deeper, slower moving water (the ‘North Staffordshire Basin’). These sediments were subsequently, squashed, tilted and uplifted above sea-level into their present position around 290 million years ago. The vertical layers represent different layers of sediment laid down at different times on the sea floor.

Brown End Quarry is designated as a Site of Special Scientific Interest because it demonstrates a particular type of limestone not seen in many locations in the Peak District. Much of the Peak District limestone is very coarse grained and was laid down in shallow, fast-moving waters.

The limestone at Brown End (known as Milldale limestone) was deposited in fairly still water at depths of around 300m. The rocks are therefore more finely grained with varying amounts of crinoid debris. Crinoids, or sea lilies as they are commonly known, are actually animals related to starfish and sea urchins. They were attached to the sea-floor by a stem and on top of the stem was a cup to which numerous ‘arms’ were attached. Other animals which lived on the sea floor and can be found as fossils include sea-snails and trilobites. Worm-like organisms which burrowed into the sea-bed are no longer present as fossils but their activity is marked by numerous sinuous and spiral ‘trace fossils’, examples of which can be found at Brown End.

The reserve also demonstrates the Hopedale limestones, which are of more recent origin. Look for the more coarsely grained rocks, where the grain size decreases in the upper layers. These beds are likely to have formed as a result of occasional powerful currents which swept other sea animals and larger particles from the nearby shallows causing larger particles to be deposited first and then gradually the finer ones. These graded beds are known as turbidite beds.

In the footsteps of mammoths

In the last couple of million years the earth has been experiencing periods of warmer and cooler weather. During these cooler periods (Ice Age) animals like woolly mammoths, reindeer and lemmings would have lived here. You can follow the mammoth footprints at the reserve to link the past and present and find out more about how the reserve was used?

Since quarrying stopped the reserve has largely been left to nature. The old spoil heaps and quarry floor have vegetated over and a colourful range of flowers has developed. Look out for an abundance of yellow cowslips in the spring. Knapweed, scabious and oxeye daisies provide a nectar source for butterflies and other insects throughout the summer. You may be lucky enough to catch our native wild strawberry in fruit – although the fruits are extremely small they taste much better than the ones from the supermarket! 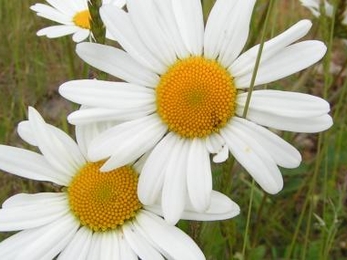 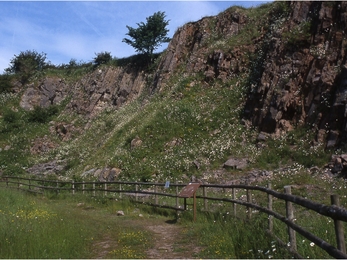 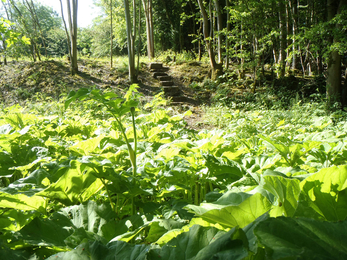 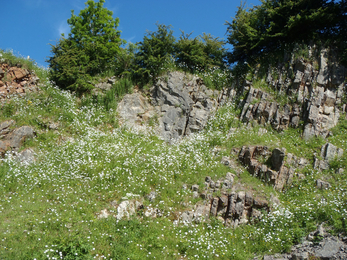 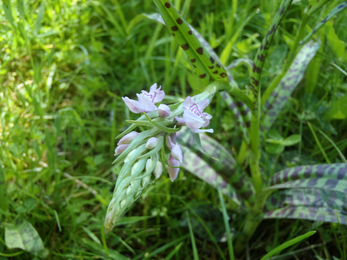 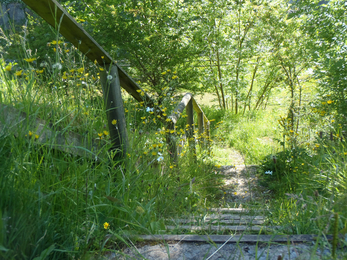 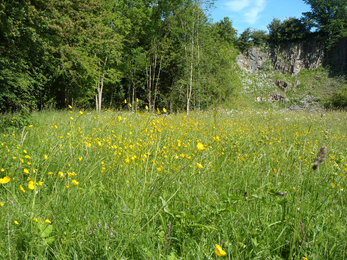