Staffordshire Wildlife Trust Forest School Training Officer
Blog by Duncan Coleman
So, I attempted to keep the blog going this earlier this year, With a target of one post a week. But I failed miserably very early on due to my workload, so many level 3 courses this year and with this comes the inevitable paperwork, site visits and observations. Not to mention portfolio advice and marking.
So, this time around, I am setting the target of one post every two weeks, with the idea of maybe pushing it to a weekly post over time. Well lets get one sorted to start with…

The Wonderful world of Fungi

Summer is over, nights are getting darker and colder but at the time of writing no Frost yet. What we have had over the last week or so is a real drenching. This influx of rainfall will lead to a flush of all things Fungi. Its at this time of year I get lots of mushroom related questions and queries from Forest School leaders, teachers and members of the public and many of the Forest School facebook groups get full with lots of worries and concerns regarding mushrooms.  “Is it edible?” “is it poisonous?” is it safe to have these mushrooms in my Forest School area?” “What should I do about these”?

Far too often, the reaction to mushrooms in a Forest School site or anywhere close to children, is one of fear which can often lead to the demonization and destruction of the humble mushroom. Yes, we must be aware of the danger that mushrooms and other fungi can pose to those under our care, but we have to appreciate that mushrooms don’t jump out and chase down children like some sinister autumnal monster, neither do children for most part spot a mushroom and think “ I am going to eat that”

We must look at fungi from a different perspective. To start with, it’s amazing, there are so many varieties, colours, shapes. There is so much folklore connected with fungi, as well as practical uses for many species not just for food. It’s a fascinating form of life that was once considered a plant then animal and now is within a kingdom/classification of its own. WE are also only just starting to understand the incredible role that Fungi plays in the woodland world. How it can act as a communicative conduit between trees and its role in supporting biodiversity and indicating a healthy woodland ecosystem.

So next time you spot a species of fungi when you are out with a group, whether it’s a giant bracket species, a brightly coloured wax cap in the lawn or just a small brown mushroom that is impossible to identify. Take a moment to get down to the fungi’s level and start a conversation with the kids about fungi. “What is this? Why is it that colour?” “What does fungus do?”.because Fungi is so much more than just edible or poisonous.

Yes, some species of fungi can be deadly if ingested and we  as Forest School practitioners must make sure we are aware of the dangers, risk assessment appropriately and tailor any such mitigation to the age and ability of our learners. But we can also involve the learners in the risk assessment process, explain to them the dangers of eating unidentified mushrooms. But get across that we can still have a Forest School session and have fun in the presence of a deadly mushroom. Just give it space and understanding. 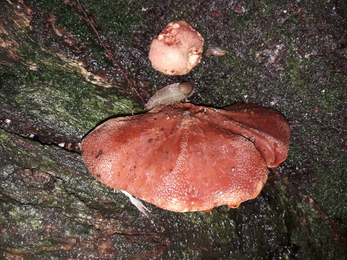 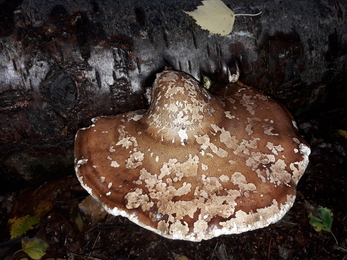 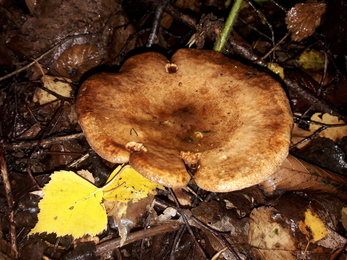 With spring now in full swing and the recent sunny days we have had. I thought I
would do a little blog post on spring tree ID.…

This weekend just gone seemed like the real start of spring and just in time! Lots of sun and some warmer temperatures.

Our Finance Manager, Stephen Turner, was one of the thousands of people who travelled to London on Wednesday for The Time is Now March…