One of the county's best flower-rich hay meadows

Small parking area at entrance to the reserve

Visitors are requested to keep to the edge of the hay meadfows between June and August to prevent damaging the farmer's crop.

Path can become boggy and steep in places.

Visitors are requested to keep to the edge of the hay meadows between June and August to prevent damaging the farmer's crop.
Path can become boggy and steep in places.
Pedestrian kissing gate present onsite
Contact the Trust for disabled access information.

Visit the reserve in early July to see the flower rich meadows at their best and look out for wild orchids and lots of other colourful flowers.

On a clear day the reserve has spectacular views across to Leek, north Staffordshire and the Peak District. Why not enjoy a picnic on the bench near to the car park?

Our heathland restoration areas are developing quickly and can be seen flowering in late summer and early autumn.

What’s in a name?

Despite the name, woodland comprises only a small part of Rod Wood. The site is an interesting mosaic of scrub, unimproved grassland and woodland. This diversity of habitats is one of the reasons why Rod Wood is so important for wildlife. However the prime reason for purchase was the site’s unimproved pastures and hay meadows, a nationally declining habitat.

The three meadows support a wide range of flowering plants including many which are uncommon in Staffordshire. One of the most characteristic species found in unimproved hay meadows is the aptly named hay-rattle which grows in abundance at Rod Wood. Hay rattle is semi-parasitic on grasses and you’ll see in patches dominated by yellow rattle that the grass cover is reduced.

Anyone visiting the reserve in late June/early July will be rewarded with a spectacular display of wild flowers including oxeye daisy, eyebright, knapweed and orchids. But you’ll need to get there before the fields are cut in mid-July. After mowing the grass is left on the ground to dry for several days – this also allows any wild flower seeds to drop back onto the ground to make sure there are plenty of new plants in future years. With our unpredictable English summers you can imagine that making good quality hay is a skilled job!

There are a number of other fields at the reserve which are too wet or steep to be managed as hay meadows. These ‘wet pastures’ are also rich in flowering plants including scabious, ragged robin, spearwort, marsh marigolds, meadowsweet, valerian and early purple orchids. You may not see the water mint, but walk over it and you’ll soon pick up the distinctive aroma.

The range of wild flowers in the pastures and meadows provides a haven for butterflies including meadow brown, speckled wood and green hairstreak – all of which are abundant on warm, sunny days.

The field nearest the car park is largely dominated by bracken. This field would historically have been heathland, which was once far more extensive through this area. Across the road at Ferny Hill you can still see an expanse of heather which historically would have extended to Rod Wood. We’ve been working hard to try and increase the extent of the heathland. Hunt around and you’ll find patches of ground which we’ve cleared to make way for regenerating heather plants.

This nature reserve is part of the Churnet Valley Living Landscape 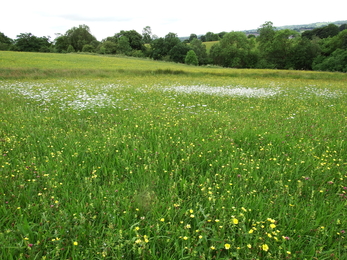 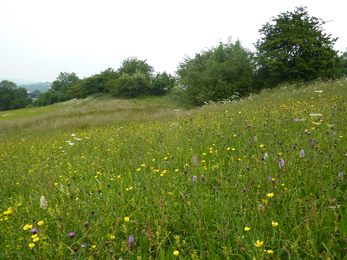 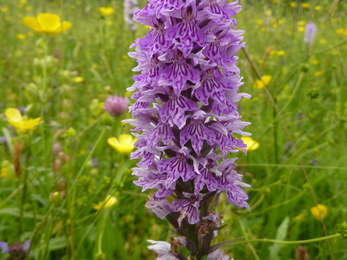 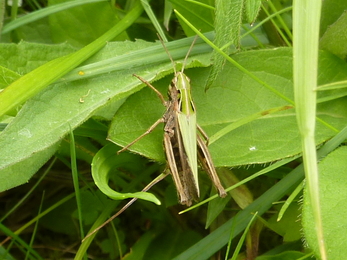 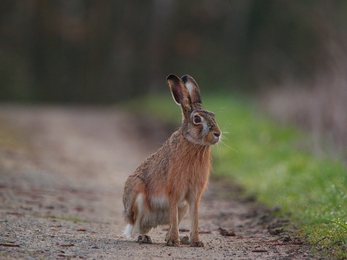 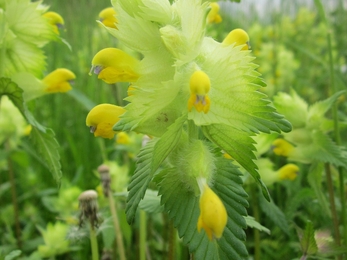